UBS Succumbed to Conflicts and Purchased $1.7 Billion of Employee Retirement System Bonds into its Puerto Rican Municipal bond Funds in 2008

The Puerto Rican Employee Retirement System was acutely and chronically underfunded. Figure 1 is a plot of the PR funding ratio and the median of the 50 states' funding ratios. The states median funding ratio fluctuated between 80% and 100% from 1990 to 2013 while the PR funding ratio was approximately 20% until 2008 after which it dropped even further. For context, the next three worst average funding ratios from 2007 to 2011 were Illinois at 51%, Connecticut at 58% and Kentucky at 59%.

Merrill Lynch attempted to sell $7 billion of ERS Pension Obligation Bonds in 2007 but failed.1 UBS replaced Merrill Lynch as advisor to the ERS and was the lead underwriter of the ERS $1,588,810,800 2008 Series A bonds. See Figure 2. 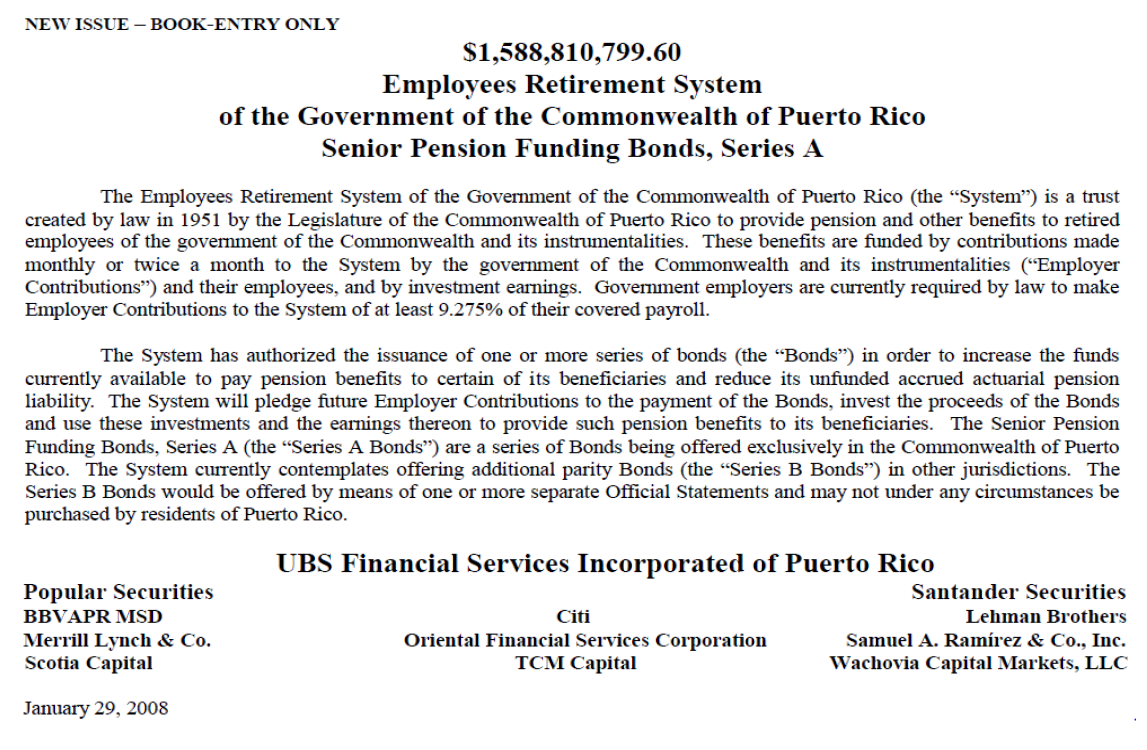 Figure 3. UBS Purchased 41% of ERS 2008A Bonds for Its Proprietary Funds 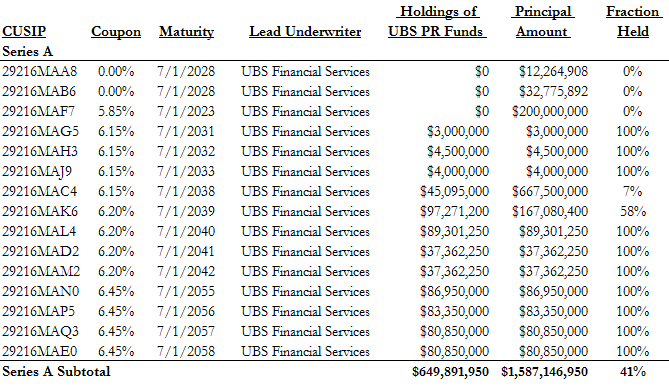 The excerpt from the first page of the 2008 Series A ERS Offering Circular in Figure 2 includes the following language.

Figure 4. Excerpt from page 7 of ERS 2008A Offering Circular 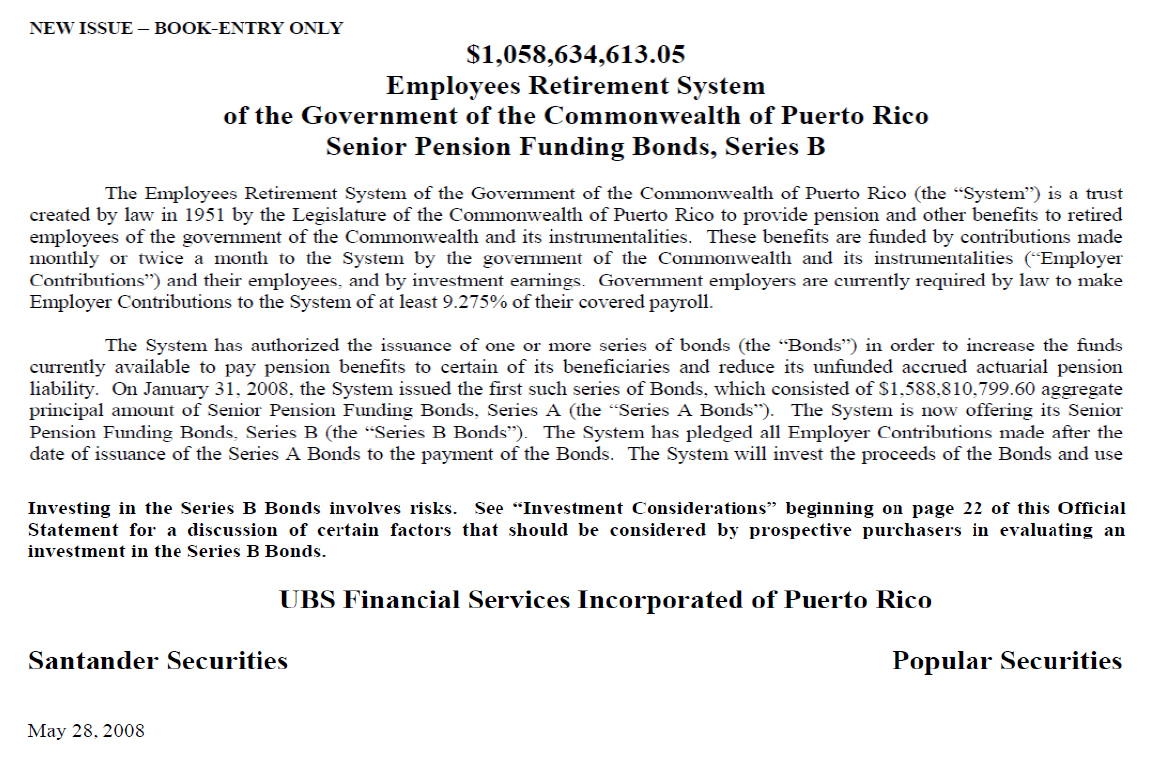 Figure 6. Excerpt from page 7 of ERS 2008 Series B Offering Circular.

Figure 7. UBS Purchased 89% of ERS 2008B Bonds for Its Proprietary Funds 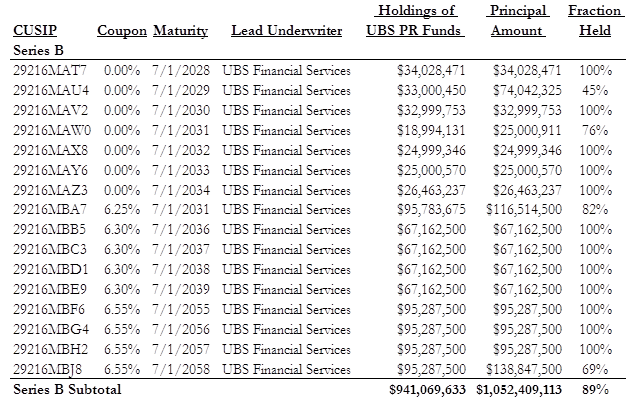 The most interesting non-public documents in the UBS Puerto Rico municipal bond Fund saga will likely be the internal emails and memos at UBS and the communications between UBS and the ERS as they realize that there was no market for the 2008 Series B ERS bonds and the 2008 Series A ERS promise that the Series B bonds will not be sold on the island had to be abandoned.

There was a third and final ERS bond series issued in 2008 - the Series C bonds. UBS was the lead underwriter of the $300 million offering in June 2008. See Figure 8. 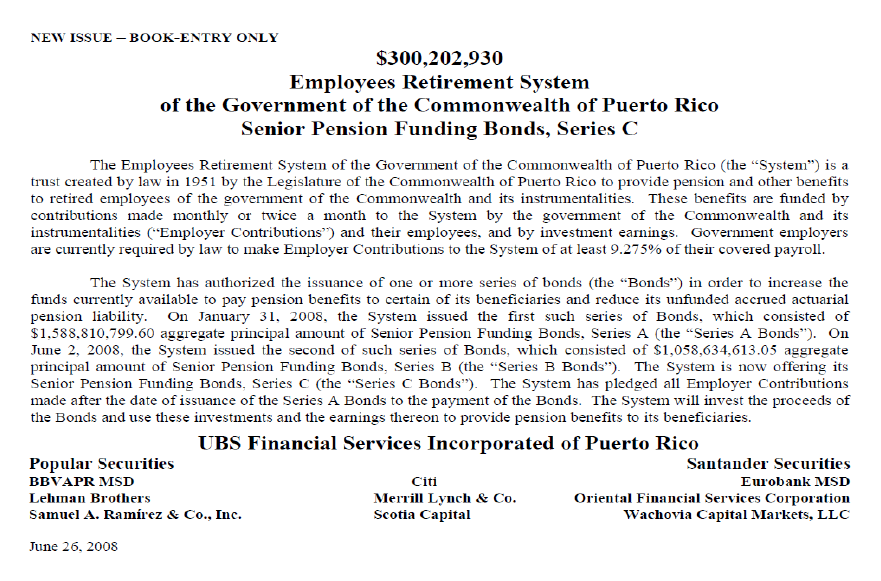 We don't currently have information on how much of the 2008 Series C ERS bonds UBS committed to sell but we do know that it purchased 38% of the issue into its proprietary bond funds. See Figure 10.

We've written extensively about the UBS Puerto Rican Municipal Bond Funds. You can find our earlier blog posts on Puerto Rican Funds on our blog. In a December 2013 post titled "Merry Christmas from UBS Asset Managers of Puerto Rico", we wrote of the conflicts of interest first identified by David Evans of Bloomberg (David Evans, UBS in Puerto Rico Pension Gets Fee Bonanza Seen as Conflicted, February 27, 2009, Bloomberg) which led UBS to stuff the Retirement System Bonds into UBS's Funds.

1 Near contemporaneous analysis of Merrill Lynch's failed attempt to underwrite ERS bonds and the harm to ERS caused UBS's subsequent involvement can be found in Conway MacKenzie, Inc., October 2010, Review of the Events and Decisions That Have Led to the Current Financial Crisis of the Employees Retirement System of the Government of Puerto Rico available here.