We've posted extensively about the evils of non-traded REITs. You can find those previous posts on our blog. Two weeks ago we posted the summary results of our investigation into the performance of 27 non-traded REITs which had had a liquidity event by December 31, 2013. We found that investors are $27.7 billion worse as a result of investing in these 27 REITs rather than investing in a diversified portfolio of traded REITs. To learn more, read our blog post titled "Retail Investors Have Lost at Least $27.7 billion as a Result of Non-Traded REITs".

In the NYRT post, we said "We think the relative performance of NYRT relative to SLG is going to get worse." We are so skeptical of what passes for market wisdom that we never make predictions but this one seemed like a safe bet. It's only been a few weeks but let's see how that prediction is doing. 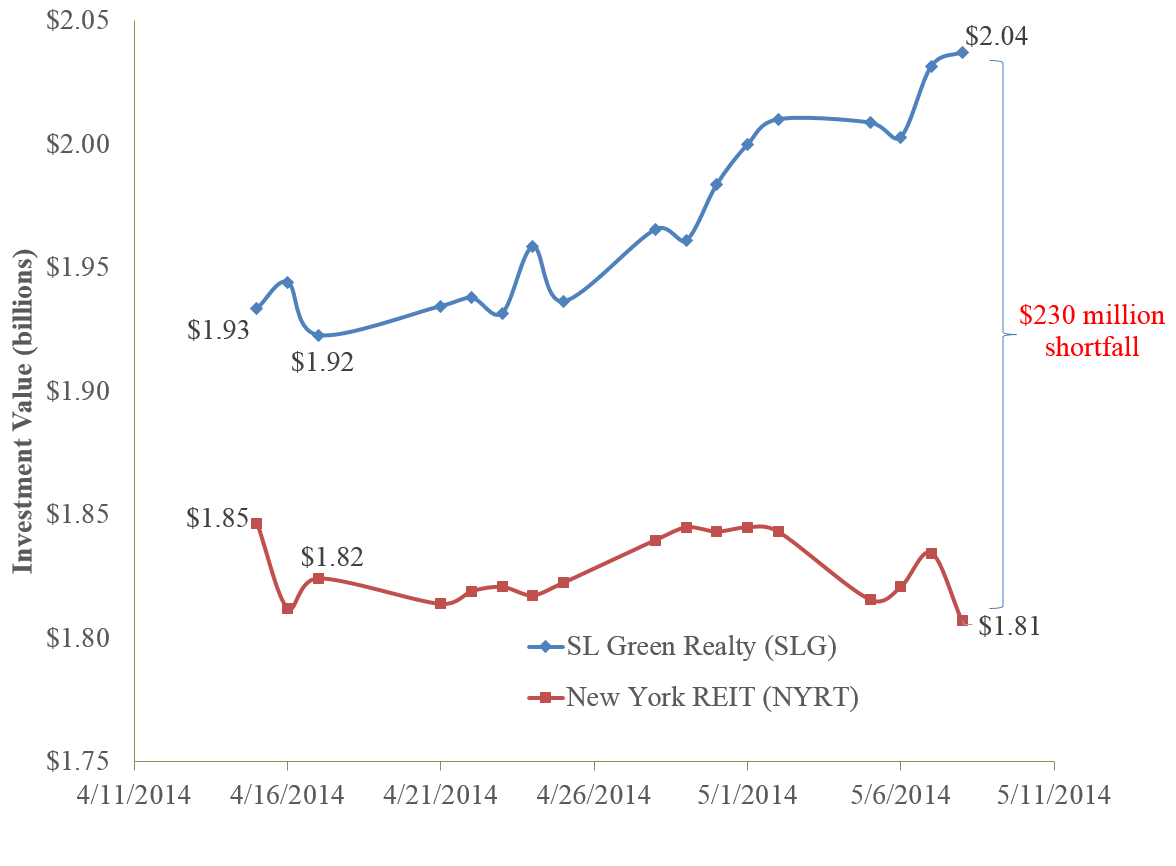 At the close on April 17, 2014 investors' net investment in NYRT was worth approximately $1.82 billion and the same amounts invested at the same time in SLG would have been worth $1.92 billion. Thus, we pointed out that investors were about $100 million worse off as a result of investing the non-traded REIT.

Over the same three weeks, SLG's price has increased 6.3% from $101.49 to $107.89. The non-traded investors' net investment if they had been made in the traded REIT instead of the non-traded REIT would now be worth $2.04 billion.

Thus, the non-traded REIT investors, assuming they stayed in NYRT, are now $230 million worse off than if they had invested in the traded REIT, SLG.