We wrote that FINRA's BrokerCheck allowed brokers to report cases adversely resolved as "pending" last week, in Bad Brokers Falsify Their BrokerCheck Records and No One Notices.

We provided two examples. The first included a large award in FINRA's awards database that had not been correctly reported as adversely resolved on the broker's BrokerCheck but had been correctly reported on her employer's BrokerCheck. Our second example, was of two adversely resolved filings against another broker. We showed that the difference in the false reporting versus the correct reporting significantly changes the probability of future investor harm using FINRA's model applied to all the BrokerCheck data.

FINRA largely fixed these two brokers' BrokerCheck records last week after we posted about the errors. 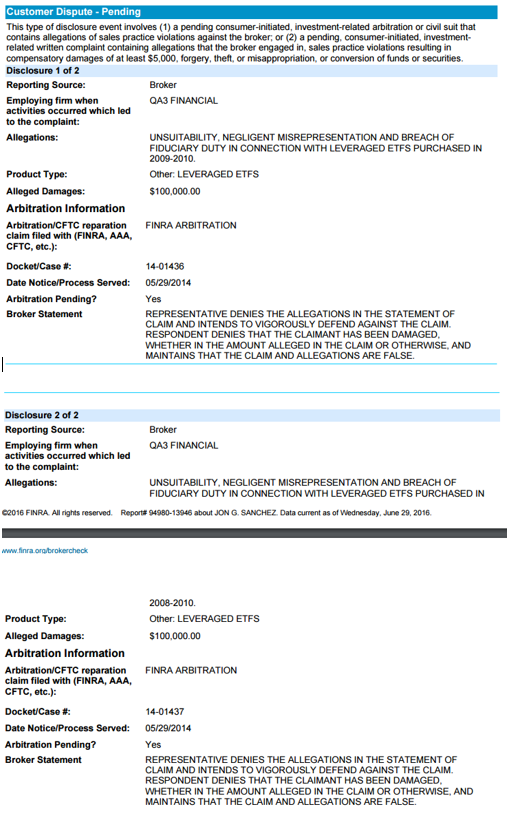 Mr. Sanchez's BrokerCheck record, current as of July 5, 2016 changes these two customer complaints to FINAL with an html link to the award.

This is, of course, a big improvement but investors who looked at Mr. Sanchez's BrokerCheck report over the past 10 months were misled into believing arbitration panels had not ruled against him. As we can see in the images below, the updates were provided by FINRA, not Mr. Sanchez or his employer. 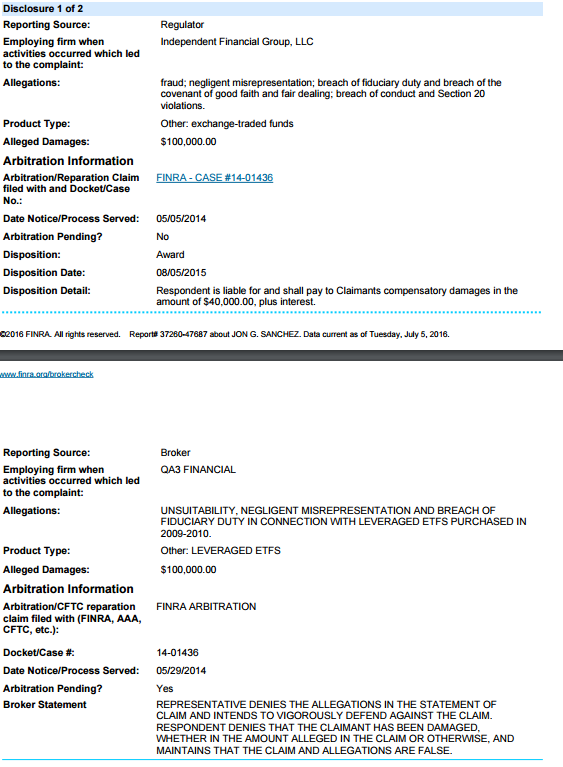 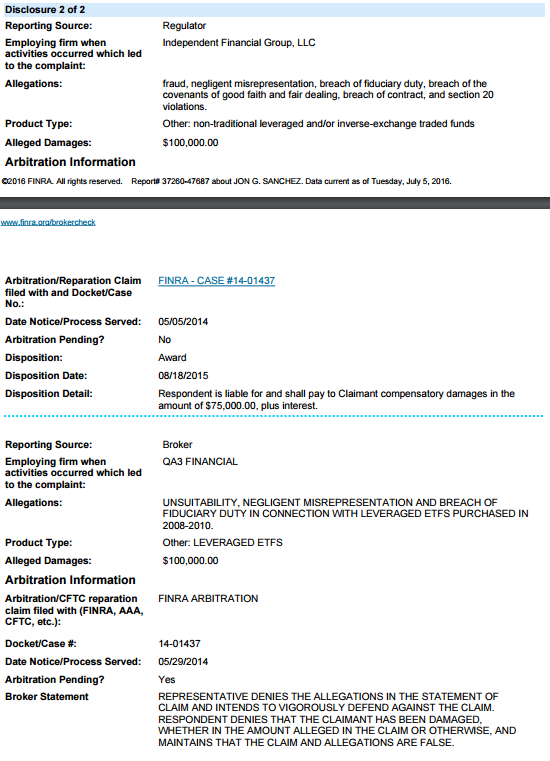 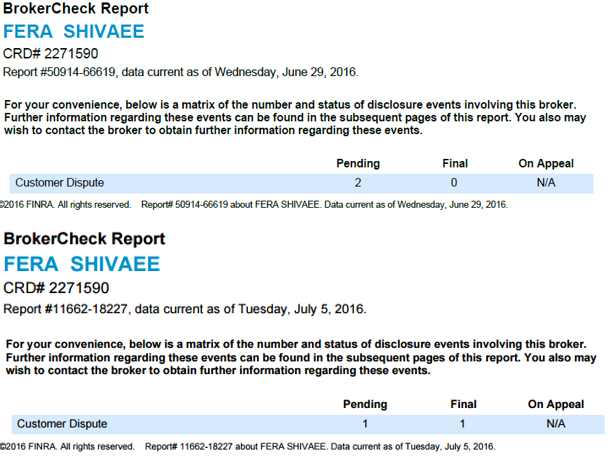 The Smith v Centaurus case was resolved in favor of the Claimant in May 2015 but maintained on Ms. Shivaee's BrokerCheck as pending for 15 more months. FINRA last week updated her BrokerCheck to show the disposition date of May 26, 2015. Investors including her clients and potential clients were misled for 14 months by Ms. Shivaee's materially false BrokerCheck records. 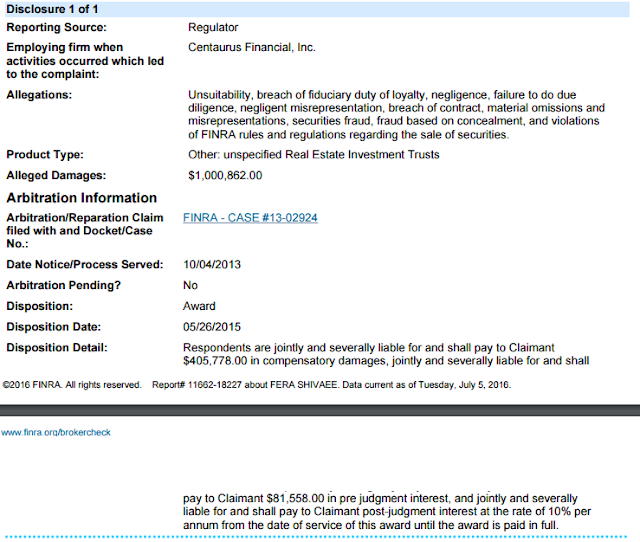 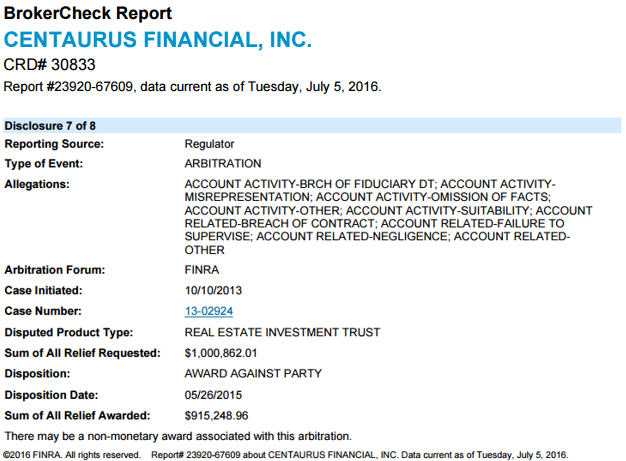