The non-traded REIT, Monogram Residential Trust, rebranded from the Behringer Harvard Multifamily REIT I this April, is "exploring a potential listing on a national securities exchange", Monogram's CEO Mark Alfieri wrote in a letter to investors last month. Monogram's managers and senior advisors are optimistic that such a liquidity event will "maximize shareholder value". They claim that the REIT's main problem has been a lack of monetization. We disagree.

We have analyzed all of Monogram's SEC filings and applied the gross proceeds, distributions, and other cash flows to a liquid, low cost benchmark using the same methodology we have used previously. Including all $162 million in distributions, we found that investors would have been $629.5 million better off had they invested these funds in the benchmark. Once again, liquid, low cost traded REIT funds are a superior investment when compared to illiquid, fee-laden non-traded REITs.
Using Vanguard's liquid, diversified mutual fund of traded REITs (ticker: VGSIX) as a benchmark, we plotted the values of the accumulating net investments in both Monogram and Vanguard. The figure below shows our estimate of the value that investors in Monogram would have had if they had instead been invested in Vanguard. The orange dots represent stated Monogram valuations. 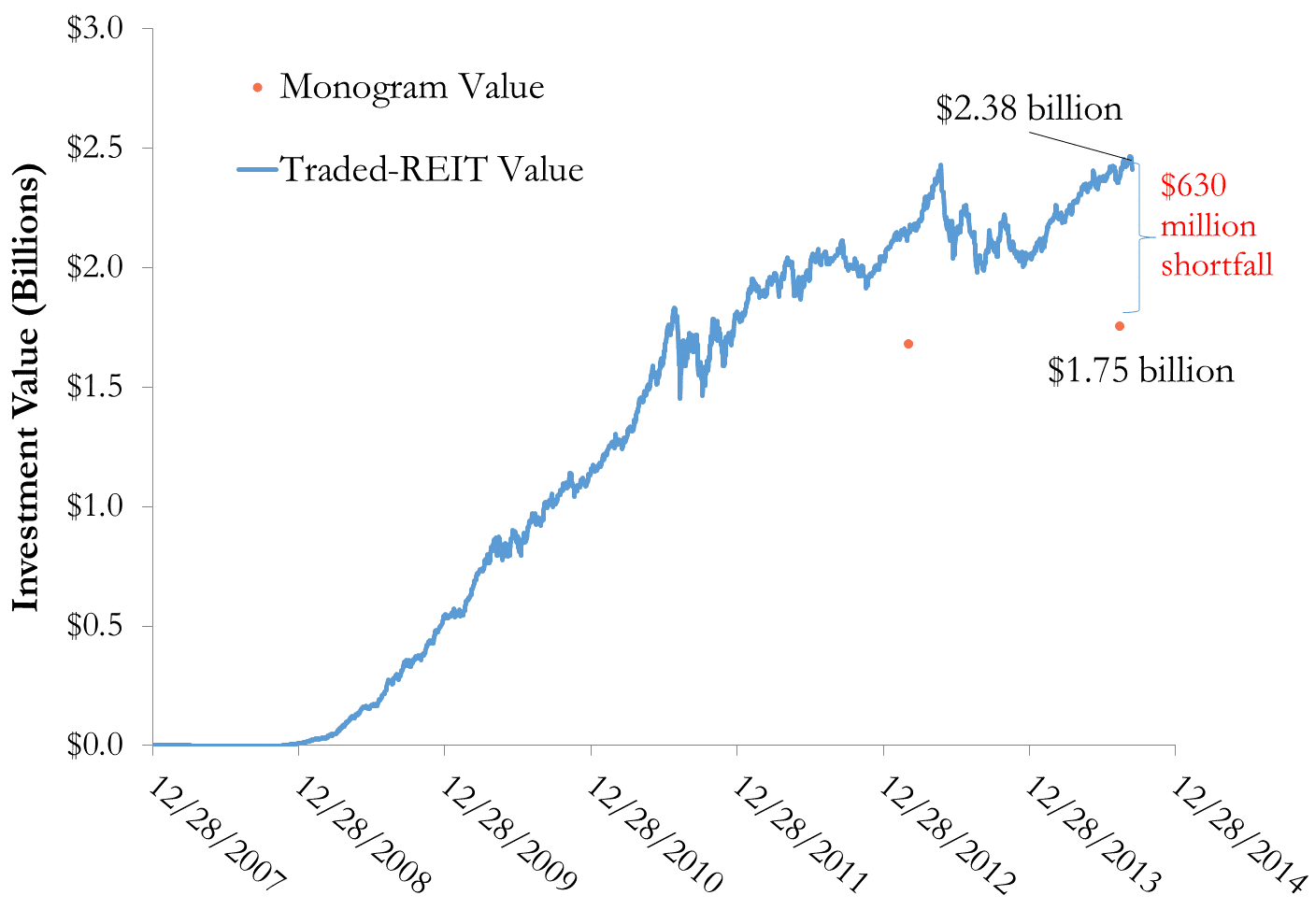 As of August 12 (Monogram's most recent SEC filing) the REIT was valued at $1.76 billion. On the same date, the accumulated money invested by Monogram's investors would have been worth close to $2.4 billion if they had been made in Vanguard's traded REIT index. We have written extensively on the dangers of non-traded REITs in the past, and we do not believe that Monogram's performance sets it apart. Investors would be well-advised to stay away from non-traded REITs, including Monogram Residential Trust.