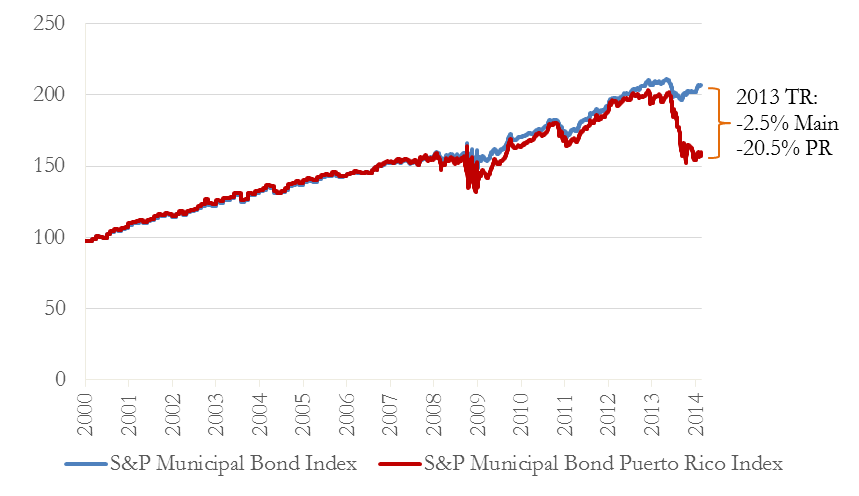 The family of Rochester funds is made up of 20 municipal mutual funds, including five maturity-managed funds, two alternative minimum tax (AMT) free funds, twelve state-specific funds, and one high-yield fund. According to Morningstar, the Rochester funds have combined net assets of over $20 billion. The funds' prospectuses do not limit the fraction of the portfolio allocated to Puerto Rico securities as even the state-specific funds which invest "mainly in municipal securities issued by its state" include tax-advantaged Puerto Rico bonds in their calculation of state municipal securities. 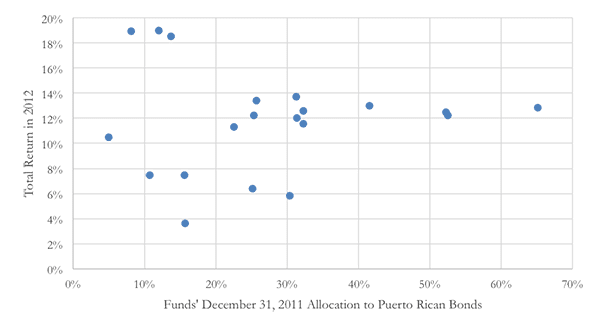 Although the funds' filings disclosed investments in Puerto Rican debt, it is unclear whether investors were made aware of their exposure to the island's limping economy and its looming debt crisis (see this story from the NY Times). William Galvin, the Secretary of the Commonwealth of Massachusetts, has announced a probe into the sales practices and risk disclosures made by Oppenheimer and other large fund managers with high allocations to Puerto Rico debt. We think that the sales practices and risks representations made by financial advisors selling shares of the Rochester funds also merit investigation.

(1) Data is from Bloomberg, unless otherwise stated.

(3) The Bloomberg data on market values is more sparse for the December 31, 2011 portfolio, with 39% of the bonds missing a market value.